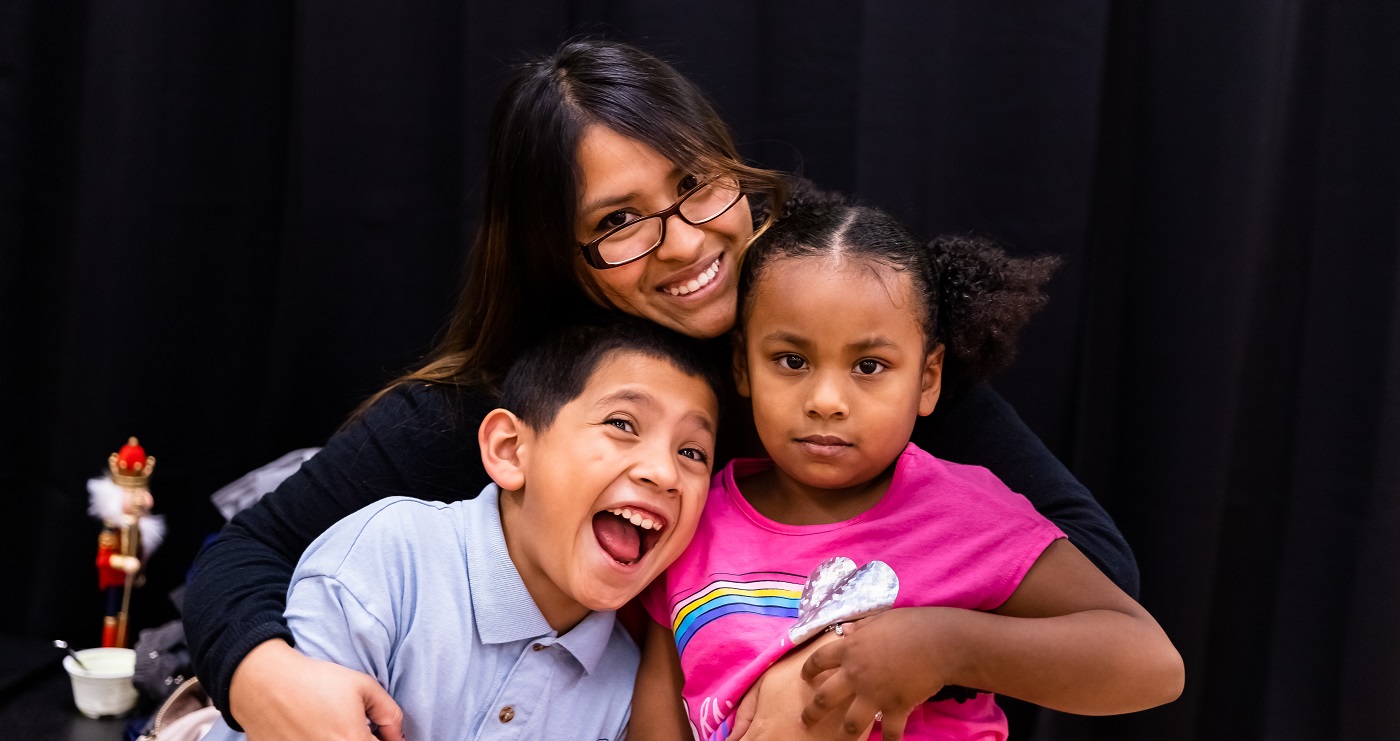 Finding My Voice After Leaving the Child Welfare System

Growing up in the child welfare system, Gloria never knew what it was like to have stability.

She lived in group homes and never had much that she could call her own. When Gloria had her son, she knew she wanted a different life for him – one with stability and security. After connecting with Mile High United Way’s Bridging the Gap program, a program for youth who have aged out of the child welfare system, Gloria’s trajectory changed. She met her Independent Living Coach and felt, for the first time, that someone wanted her to succeed.

With this support, Gloria has gone on to find stable housing and is an advocate for other foster youth. Gloria recently sat down with her Independent Living Coach, Anna Marie, to share her story.

Anna Marie: Hi Gloria. Can you share your experience growing up in the child welfare system?

Gloria: No one should have to worry about where they’re going to sleep at night. We all need a safe place to go that gives us stability. Being homeless is scary. When you’re a foster youth, you bounce from home to home. Nothing is ever yours to keep. The most important thing becomes having a home. And even when you do find stability, it’s still hard. When you’ve lived in so many different homes, you don’t see anything as permanent. Sure, you have housing, but you know that you could lose it. You always need to be making enough money, and saving isn’t easy. You try to do so much, but sometimes it feels like you’re doing nothing at all. It’s a hard cycle to break.

Anna Marie: It is, but you have done more than enough. This is a huge shift for youth aging out of the child welfare system. You are suddenly head of household and you have responsibilities. What was this experience, moving from place to place, like for your son?

Gloria: My son would look at me and ask me, “Mommy, where are we going to live now?” I had my son at a young age and moving constantly interrupted his childhood. My son, who is nine now, has seen me struggle and sometimes I feel like I robbed him of part of his childhood. My daughter, who is three, hasn’t seen the struggle so her concerns are what they should be for a child. She’s upset when she doesn’t know where her Barbie is.

Anna Marie: As a participant in Bridging the Gap, you were able to access an 18-month Family Unification Program (FUP) housing voucher, which is a critical housing resource. How did this voucher help you and your family find stability?

Gloria: The housing voucher gave us everything. Again, the most important thing for someone who’s grown up in the child welfare system is having a home and this voucher gave us that. This voucher allowed us to find stability. I started working, budgeting, and even learning how to drive. Things were finally starting to fall into place. And then I realized I wouldn’t have this voucher anymore at the end of 18 months. At the time I had two children, and I didn’t know what I was going to do.

Anna Marie: What did you do to take action and make sure that your family wouldn’t lose this newfound stability?

Gloria: There was a panel of Washington DC representatives that traveled to Colorado and I told them, along with other youth, that 18 months wasn’t enough time for my family to be on this voucher; we were only just beginning to reach stability. I talked about how it feels like you’re in the system all over again because nothing feels permanent. It feels like you’re falling backwards when you’re trying so hard to move forward with your life.

Anna Marie: As soon as this panel heard you and the other youth speak, they went back to Washington DC and added an additional 18 months to the Family Unification Program (FUP) housing voucher, increasing the total amount that someone could stay on the voucher to 3 years. You helped do that. Your voice mattered that day.

Gloria: When you’re in the child welfare system, you lose your voice. You become so quiet, until you’re no longer heard. I didn’t have anyone who was willing to fight for me and show me that my voice mattered. When we met, I thought you were just another case worker who would ask me questions without wanting to know who I was. But you were different. It’s special when you meet someone who wants to know you.

Anna Marie: You remind me why I do this job, Gloria. I believe there’s a lot that other youth can learn from you. Knowing what you know now, what advice would you give to someone exiting the child welfare system?

Gloria: I would tell them that they’re not alone and not to miss out on the biggest opportunity that’s right in front of them, which is having a coach. Because of you, I know that it’s okay to recognize my strengths and voice my opinion. I have goals for my future and for my children’s future. I want to attend a home ownership class, build my credit, and go to school. I know what I want.

Anna Marie: I cannot wait to see what the future holds for you Gloria.

Gloria: That means everything to me — that you “can’t wait.” It means that you’re going to be there and that I have someone on my team for the long-term. I’ve never had someone stay before. Thank you.

About Bridging the Gap

Mile High United Way’s Bridging the Gap program connects young adults exiting the child welfare system with housing and personalized supportive services that guide them as they transition to adulthood. Bridging the Gap works individually with each person by providing trauma-informed coaching. The program’s Independent Living Coaches, like Anna Marie, surround youth with encouragement and support while helping them access critical resources.