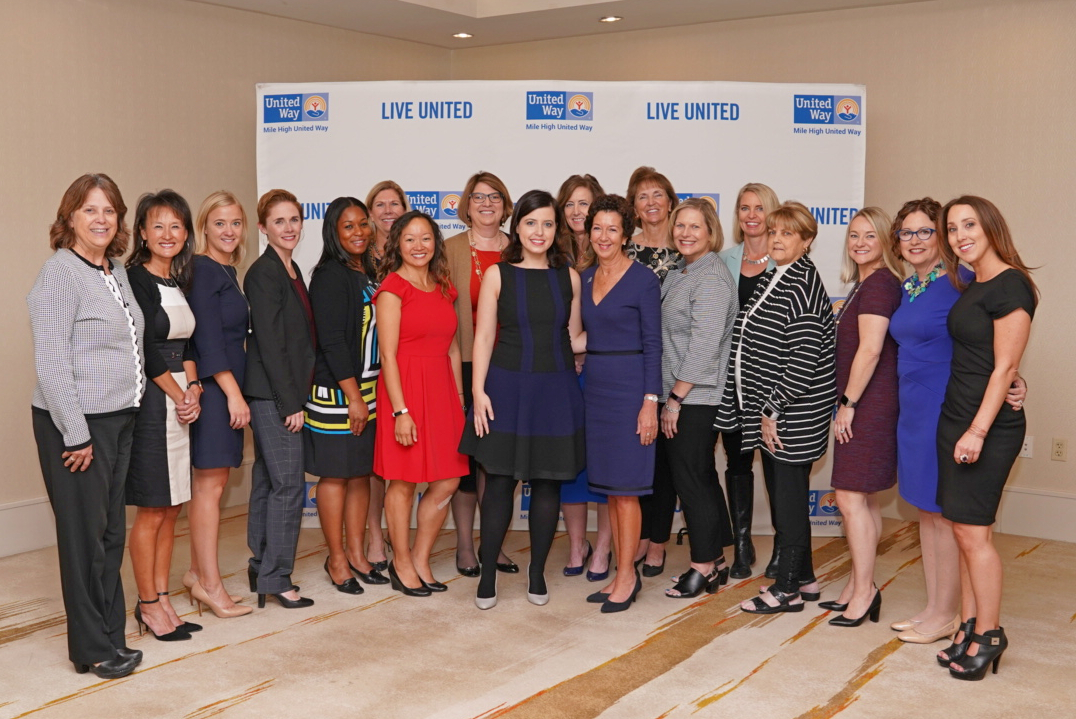 On Thursday afternoon, women gathered in the spirit of sisterhood, womanhood, and comradery. That spirit was so palpable in the Hilton City Center room at the 20th Annual Mile High United Way Women United Luncheon.

“I knew it wouldn’t be easy, but you have to start somewhere. As women, we don’t have an option to stand on the sidelines,” Eva Henry noted as she shared her story of how she became Commissioner of Adams County. “At one point, I was one paycheck away from being homeless, but your lowest point does not define your destiny.”

Destiny was on the minds of several of the women in the room on Thursday.

Irin Carmon, keynote speaker and co-author of the Notorious RBG: The Life and Times of Ruth Bader Ginsburg, shared, “Destiny is not determined by stereotypes.”

She went on to describe “notorious” as being connected to care and power. Irin noted that “when we take care of each other, it allows us to lead in powerful ways. When we care together, listen to each other, and speak for each other, we can all become notorious.”

Women caring about one another was an unspoken theme during this year’s luncheon.

And when Betsy went up to receive her Frances Wisebart Jacobs award necklace, she only echoed that sentiment, “Women rock when they unite.”

Each recipient receives a handmade necklace of a compass pointing north, symbolizing a moral compass. As Christine Benero, President and CEO of Mile High United Way, stated, “It symbolizes these women leading the way for all of us.”

And women do, indeed, lead the way. As Beyonce’s “Run the World (Girls)” played in the background, the women in the room all took note of one another, as well as the men present.

As Irin remembered her time interviewing Ruth Bader Ginsburg about her life, she noted, “She was a woman in charge, and she had a man by her side who supported her. All of the men in this room are the right kind of men, supporting the women here today.”

Christine Benero also reminded us that “Mile High United Way is here today because of one strong woman who found her voice and would not accept the status quo. Frances Wisebart Jacob’s drive gave way to an international movement.”

Frances Wisebart Jacobs seemed to have something in common with Ruth Bader Ginsburg. As Irin noted, “Justice Ginsburg wanted to do something that could make society better.”

And that’s what every woman in the room on Thursday afternoon was doing. Every woman who has made Women United what it is today, from 100 women to nearly 1000, has helped to better the lives of those vulnerable children, individuals, and families living in Metro Denver.

“Change is a long game and it takes a long-term commitment to create a truly changed equal society,” Irin said. “No one is alone in this and our lives are interdependent. What better example of change is there than Mile High United Way, led by one powerful and fearless woman.”

A special thank you goes out to our sponsors: